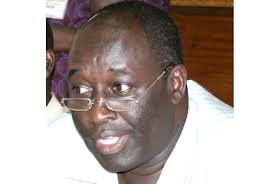 Parliament will today hold a special sitting to pay tribute to the fallen former Member of Parliament for Erute South John Odit.

The body of the former legislator will lie in state at Parliament from 9.00am ahead of a special sitting to honor him in the Parliamentary chamber at 2.00pm.

Odit served in the 6th, 7th and the 8th Parliaments and chaired the committee on Agriculture and that on Commissions, Statutory Authorities and State Enterprises committee.

He suffered a stroke early this year and was immediately admitted at Kampala International Hospital where he stayed for four months before being transferred to Mulago hospital from where he died on Friday.

He is also remembered for his role as Secretary General for Uganda’s oldest political party UPC under the current President, Olara Otunnu before falling out with him and was suspended from the party.