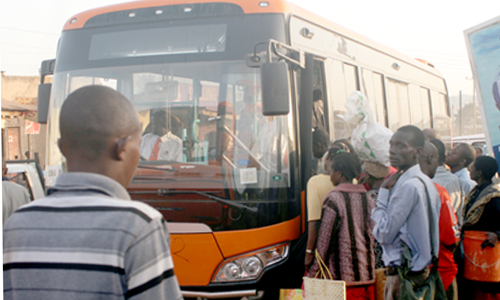 Pioneer Easy Bus Company says it will continue to operating without remitting any funds to KCCA, until all terms in the contracts signed have been fulfilled.

This is after it emerged that the bus company owes the city authority Shs 300m, accumulated over the last 3 months it has been operating.

The Company director, Fred Ssenoga says they are supposed to pay Shs 300,000 for each bus on conditions that certain terms are fulfilled including putting up designated stages for buses and creating special bus lanes among others.

He says that currently many things are still missing making it hard for them to operate normally.
He however says that they are ready to work with KCCA in coming up with a temporary arrangement to ensure that revenue is remitted.
Pioneer easy bus company is under fire from city lord mayor Erias Lukwago for failing to remit any revenue to KCCA like other players in the transport sector.