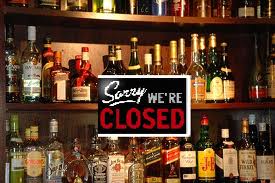 The Police have ordered the closure of Top Bar in Kampala.

This follows an early morning shooting that left one person dead.

According to the police spokesperson Kampala Metropolitan Ibin Senkumbi, a man yet to be identified shot 7 people at Top Bar located along William Street.

He says they have established that the gun used in the shooting belongs to Hash Security Company.

Senkumbi says they have summoned managers of the private security company.

So far 4 people including the bar manager have been arrested.

In 2009, a UPDF a soldier attached to the presidential guard brigade shot dead seven people at the same bar.

Private Nicholas Mucunguzi opened fire at revellers at Top Bar, on William Street in Kampala, killing seven people on the spot and injuring eight others before turning the gun to himself.