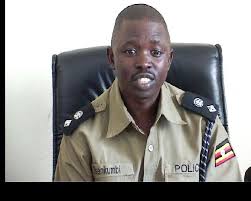 The police have launched investigations into a suspected suicide case involving a Spanish national.

Florensa Detran is said to have jumped from the 12th floor of the Sheraton Hotel in Kampala dying instantly last evening.

The police spokesman Kampala metropolitan, Ibin Ssenkumbi says they are getting in touch with the Spanish Consulate here to get details about the deceased and the possible reasons behind the act.

Ssenkumbi says the motive of the deceased is not yet known though preliminary investigations point to suicide.

The body of the deceased is still lying at the in Mulago hospital mortuary awaiting a postmortem.

Tourism sector will take time to return to normal- Wekesa