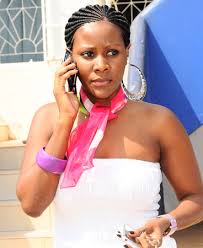 The Anti-Pornography law has started to bite.
The police have launched investigations into leaked nude videos and photos of local musician Desire Luzinda.
This comes days after another local artist and her producer were convicted by a Kampala court and handed a 1 and 4 year jail sentence respectively for promoting pornography.
Luzinda’s nude photos and video went viral on social media about a week ago, attracting police attention.
Now speaking to KFM, the police spokesperson Fred Enanga said the Media Crime Department has ordered all media houses to stop publishing these pictures with immediate effect.
Enanga adds that Luzinda has been summoned and is expected to record statement as soon as possible.

The law that was passed in February this year criminalizes anything that shows sexual parts of a person such as breasts, thighs, bums or any behavior intended to cause sexual excitement.
The offense attracts a penalty of seven years upon convicted.

MPs grill the Muhakanizi over misuse of funds

Amuru by election campaigns kick off