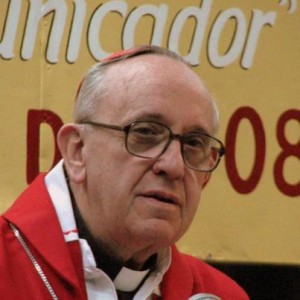 The first Latin American and the first Jesuit to be pontiff, he will call himself Francis.

The new pope will be the first pope to hail from the Americas.

The new pontiff will replace Benedict XVI who stood down last month for health reasons.

Pope Francis was greeted by crowds in Rome’s St. Peter’s Square after his election.

Appearing on a balcony over the square, he asked the faithful to pray for him as he begins this new journey.

He is now leader of the 1.2 billion catholics world over.