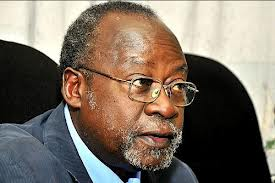 The appointments committee of Parliament has finally approved Professor Tarsis Kabwegyere as Minister for Gender, Labor and Social development.
A source in this committee says the approval came after Kabwegyere made an apology for the statements he made in the past, criticizing the Domestic Relations Bill.

The committee had earlier rejected him saying he was not fit to hold the Gender ministry, having previously opposed issues of advocacy for women.

The source reveals that the committee has completely rejected the appointment of Kayunga woman mp Ida Nantaba as junior minister for lands over issues of morality.

Although the committee confirmed   her academic papers as being genuine, the source says that the committee members said that Nantaba has been disrespectful to parliament and seems to only value the president.

Some of the members said that they cannot approve someone to be a minister; after she has exhibited what they say is unfit public behavior.