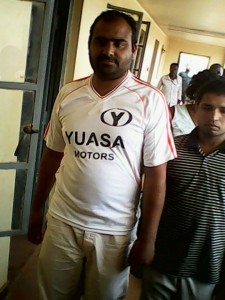 The Director of Public Prosecutions has withdrawn rape charges against two Pakistani nationals alleged to have gang raped a 23 year-old woman.

The charges have been substituted with performing domestic acts of sexual abuse, and having canal knowledge with a person against the order of nature

They are charged together with two other suspects who are on still on the run.

CHATROOM WITH FREDDIE SAKURA ON D’HOOK