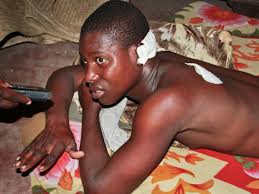 The UPDF and Police have deployed heavily in Sheema District to following a wave of attacks by machete wielding men yet to be known.

This has been confirmed by the District Police Commander Ezekiel Emitu.

He says the joint force is carrying out patrols to stem the insecurity and is investigating the incident for leads to the perpetrators.

Emitu said the heinous acts begun late August and went on throughout September.

He said 15 people have been hacked so far and left for dead but no deaths are registered.

Emitu adds that the motive of the attackers who sometimes rape their victims is not known.

They attack families at night and also waylay travelers.

Meanwhile Greater Bushenyi Regional Police Commander Hilary Kulaige is set to address the residents and the media later today on the wave of attacks that have swept through the area.