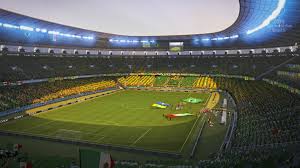 The police have intensified security in Kampala ahead of tonight’s World Cup final.

This is done to avoid a repeat of the 2010 incident in which over 70 soccer fans died in twin blasts that went off as they watched the world Cup Final at Kyadondo Rugby Grounds and Ethiopian Village Restaurant in Kabalagala.

The police spokesperson Fred Enanga tells KFM that only three venues have been authorized to screen World Cup and security has been beefed up in these places.

He says they had adequately deployed at Hotel Africana, Namboole stadium and Germany Embassy, assuring football fans of total security all across the country.