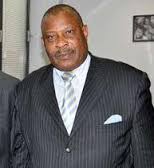 The Shoot-to Kill order need to be well understood before it can be implemented.

The Uganda Human Rights Commission is asking the police force to carry out massive sensitization of its officers and citizens regarding the shoot-to-kill order issued recently.

The police force recently issued the order to have suspected robbers shot on sight.

However, Meddy Kaggwa, the chairperson of the Uganda Human Rights Commission says that although article 28 of the Uganda Police Act gives police powers to shoot in case of defense, this is likely to be abused by trigger-happy officers.

Speaking to journalists at his office in Kampala, Kaggwa said that the directive has now led to panic and anxiety among members of the public.

He adds that though the crime rate is high, strategies that violate human rights must be avoided.