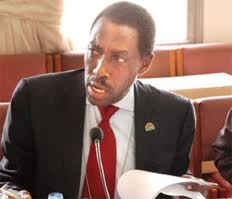 The Ministry of Foreign Affairs is seeking Sh 2.8bn to open a mission in Mogadishu.

Appearing before parliament’s committee on foreign affairs, the Permanent Secretary Ambassador James Mugume said Uganda has played a big role in the stability of Somalia hence the need to support Ugandan forces there.

He also says this will help consolidate the benefits from progress made so far in the security sector.

He was this morning presenting the budget frame work paper for the ministry of foreign affairs.