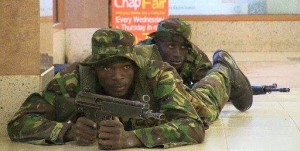 More should be done to secure Somalia’s air space.

The UPDF Air force in Somalia says it has embarked on a campaign of professionalizing the Somali Aviation Authority to handle threats from the Al- shabab militants.

The spokesperson of the air force Capt. Kiconco Tabaro says more emphasis has been put on securing Mogadishu, Baidoa and Maiduguri airports.

He says the UPDF is now engaged in training Somali soldiers in modern technology, firefighting and traffic control at the air ports.

Do not stop Public Private Partnerships