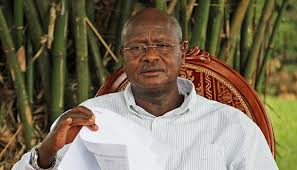 The spokesperson Lindah Nabusayi says the move was a mere fulfillment of a pledge, adding that the president has always received complaints of unfulfilled pledges especially in the Busoga region.

The president recently donated Sh.250 million delivered in a sack to over twenty youth groups in Busoga, a move that has been criticized by activists who have branded it as a primitive campaign gimmick ahead of the 2016 general elections.

However in a statement, Nabusayi says the sack of cash was used to show the youth that the funds had been made available and the pledge fulfilled.

Nabusayi argues that this encourages the youth to organise themselves into productive groups, go through entrepreneurship training, and apply officially from their SACCOs because they have the proof that the money is available.