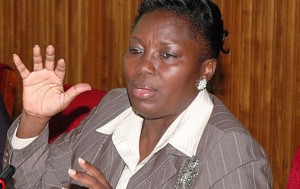 The growth of parliamentary democracy is being hindered by strict controls by political parties.

The Speaker of Parliament, Rebecca Kadaga says members of Parliament are finding it hard to balance national interests and toeing the party line.

Kadaga, while speaking at the 25th Commonwealth Parliamentary Association meeting in Dar es Salaam, cites the Uganda parliament, where some members are afraid to speak in Parliament due to party restrictions.

She says Parliaments need to revert to the old system where MPs would be free to express their views if the August houses are to perform better.

A recent study by the Inter-Parliamentary Union reported that political party control over Parliaments through legal regulations was in force in 42 out of the 162 members states surveyed.

Betty Nambooze has attacked Peace Mutuuzo for inviting her to join NRM.