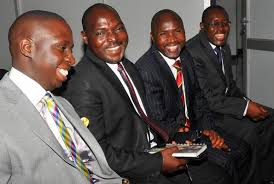 The Supreme Court has set March 6th to deliver a ruling on the rebel NRM MPs’ application.

The four expelled NRM Members of Parliament are seeking an injunction staying the decision by the constitutional court throwing them out of parliament pending an appeal contesting the judgment.

The legal fire brand was ordered to leave the defense legal bench this morning after he was informed that he had been dropped.

The MPs are now represented by a team led by city lawyers Caleb Alaka and Peter Walubiri.

In their submissions, the MPs lawyers led by Peter Walubiri have asked court to stay the earlier court ruling saying they have already filed an appeal and so should be given time before execution of the order.

However, the NRM lawyer Denis Birigye said the decision was communicated to the speaker who has acted accordingly.

Meanwhile the NRM electoral commission has started the process of replacing the MPs and is set to hold consultative meetings ahead of the party primaries.