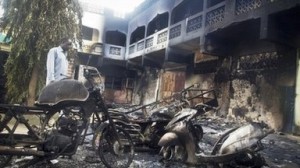 The police are warning of the changing trends of terrorism in East Africa.

This follows the bloody shoot out in the Kenyan coastal town of Mpeketoni that left over 40 people dead.

According to Kenyan authorities, the assailants uniquely used guns to attack after disguising as security personnel.

Speaking to KFM, the deputy police spokesperson Polly Namaye said that Ugandans should adjust to the changing faces of terrorism, because it has been proved that any weapon can be used.

Seya insists that MTN pays Sh 8bn for his voice