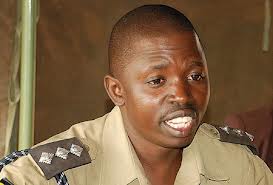 The police have blocked the UYD delegate’s conference that was due to kick off tomorrow.

The police spokesperson for Kampala metropolitan Ibin Senkumbi says they have received a letter from the Democratic Party president Norbert Mao saying that the meeting was illegal and against the party’s constitution.

Ssenkumbi adds that the said conference was earlier blocked by the DP Secretary General and so it poses a serious security threat.

He has now advised the DP youth leaders to sort out their grievances with the party leadership before they can go ahead with the said conference.

However, Paul Kakande, the suspended deputy party spokesperson says all hope is not lost.

He is now seeking audience with the police on whether the conference can still be held.

Kakande was yesterday suspended by the DP president Norbert Mao for allegedly defying party orders not to organize a delegates conference.