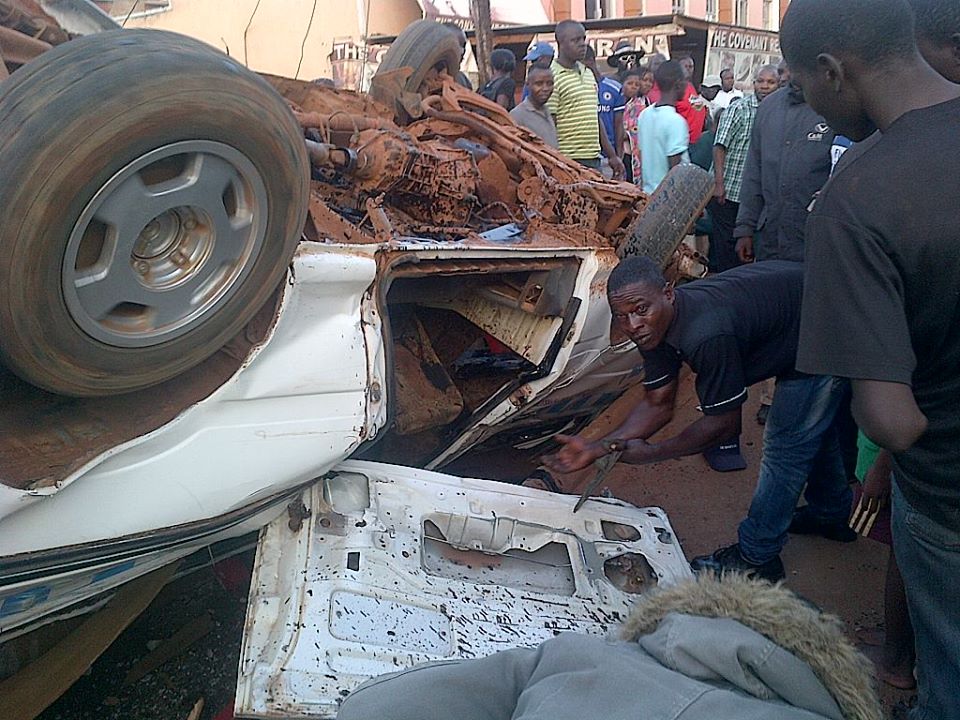 Two people have died in an accident along the Masaka Mbarara highway at Villa Road Junction at Villa Village.

The accident involved an unidentified motorcyclist who was knocked by a speeding Bus Registration number UAT 771P that was travelling from Mbarara to Kampala.

According to eye witnesses, the motorcyclist who was carrying 3 people was crossing to the other side of the road when he was knocked dead.

The Officer in charge of Traffic in Masaka, James Tebaijuka says that the dead did not have any identification.

Tebaijuka further says that police has arrested the bus driver identified as Umar Matovu as investigations into the accident continue.