Aviation Police at Entebbe International Airport have arrested two Nigerian women for allegedly being in possession of 10kgs of heroine estimated at Shs3 billion.

According to the Kampala metropolitan police spokesperson, Emilian Kayima the duo was arrested as they tried to leave the country for Lagos, Nigeria. 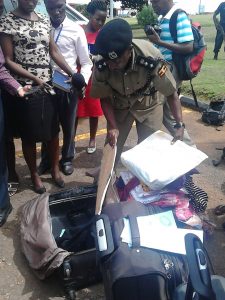 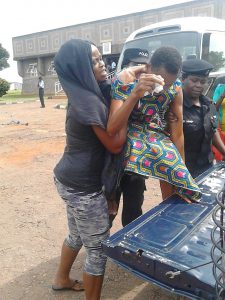 He says the suspects identified as Aniugo Agnes Egonna, and her daughter Aniugo Gloria Vera were intercepted at the airport.

Last week, two South African women; Abegail Nkcosolwana Funiwe and Grace Onyia Golile were paraded before journalists after being arrested with drugs at the airport on November 21 and 19 of this month respectively.

15 lawyers lined up to secure bail for the Rwenzuru King

President Yoweri Museveni to be awarded