Just about half of expats around the world (46 percent) have children of their own, but only 21 percent of all expatriates are currently raising their children abroad. The annual Expat Insider survey, InterNations, the world’s largest network for people who live and work abroad, has compiled a so far unpublished ranking of the friendliest countries for families. Uganda has taken up the one position on the list of Friendliest Destinations for Families Living Abroad Apart from exceling in this particular rating, Uganda also does well regarding children’s safety 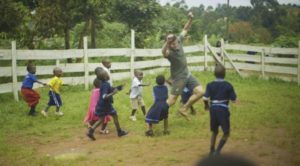 Uganda tops the list as the friendliest destination for expat families. Every single parent rates the friendliness of the local population towards children positively, and seven out of ten (68 percent) are even completely satisfied with the warm attitude towards families.Expat parents do not only perceive this country as a friendly place to raise kids, but also as a fairly safe environment: An expat parent from UK currently living in Uganda mentions “safety, friendliness, warmth, fun camping trips and nice food” among some of the best aspects of living in this country.

The rest of the Top TEN!