Uganda will not withdraw from ICC

Kutesa was speaking in response to President Yoweri Museveni’s outbursts against the Hague-based Court, describing them as a “bunch of useless people”. 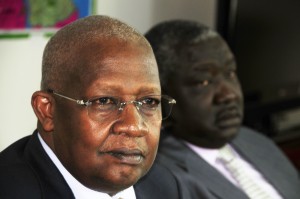 Addressing journalists at parliament shortly after he took oath as a member of the 10th parliament, Kutesa said unless the African Union decides that all African Countries should withdraw from the court, Uganda will stay on.