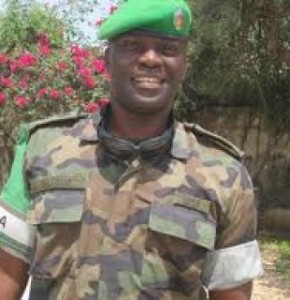 The UPDF has dismissed reports of alleged connivance of paymasters with contingent administrators to deny AMISOM peace keepers their pay.

This follows complaints that healthy soldiers are declared sick and sent home before end of their mission for purpose of sharing their money.

However, the army spokesperson Lt Col Paddy Ankunda says the reports are unfounded and maliciously designed to taint the good image of the UPDF.

Ankunda explains that soldiers serving under AMISOM are paid allowances and not salaries and they continue getting their salaries back home.

He explains that the main complainant, one Zephania Nyakubaho, was repatriated after he was found to be non-effective in operations, based on his medical condition.

“Whereas it is true that some soldiers do not complete their tenure in Somalia, such categories are sorted through a transparent process based on AMISOM Standing Operating Procedures”, Ankuda says.

“There are several grounds under which individuals are sent back home, like medical, general discipline, failure to meet the requirement of AMISOM standing operation procedures, reduction in force as dictated by AMISOM force levels for a contingent, and general performance, among others”, he adds.

A statement from the army spokesperson also indicates that most of the names appearing in the media left under grounds like failure to meet the operation standards by performance and discipline, though others were on medical grounds.

It adds that the UPDF is committed to ensuring the best of welfare of it troops and their families and affirms that all who serve under AMISOM get their pay for the period worked and no individual’s allowances are swindled by paymasters or administrators as was reported in the press.