UPDF has started withdrawing from the Central African Republic 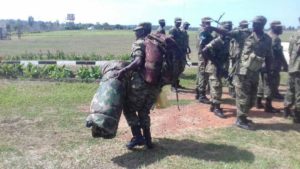 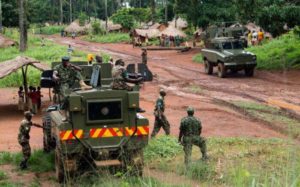 The army says the withdrawal is mainly because they have successfully neutralised the Lord’s Resistance Army.

The UPDF has since 2012 been part of the African Union Regional Task Force.

The army says The LRA capacity and means of making war against Uganda have been degraded citing Senior Key Commanders such as; Dominic Ongwen, Okot Odiambo and other fighters who have over the years been killed, captured or surrendered, rendering their leader Joseph Kony weak and ineffective.

He no longer poses any significant threat to Uganda’s security and Northern Uganda in particular.

The UPDF operations have contributed significantly to the restoration of peace and tranquillity in big areas of the Central Africa Republic (CAR).  This won them admiration from the people exemplified by the 16th April 2017 demonstration by civilians in Obbo town calling upon the forces to stay.

However, Uganda may also join the United Nations Multidimensional Integrated Stabilization Mission in the Central African Republic (MINUSCA) under a strengthened mandate to effectively deal with LRA as one way of supporting the country.

Court asked to acquit Kananura as judgment date is set