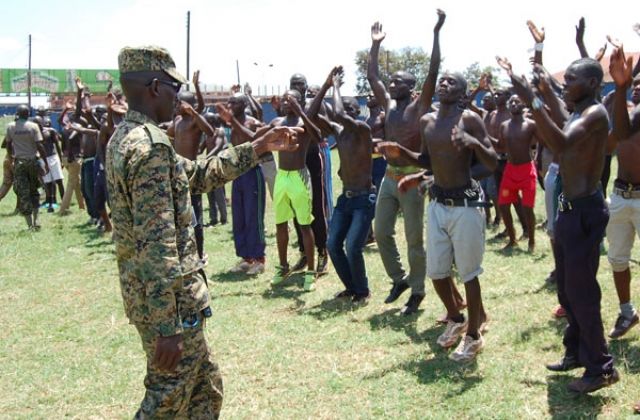 The ministry of Defence officials have cried out to parliament seeking for more financial support to aid operations and general welfare of LDUs.

According to Maj. Gen. Wilson Mbadi, the force needs shs. 130.5b as additional funds to effectively address operation and welfare.

Mbadi has been representing the Commander of Defence Forces, Gen David Muhoozi before the Defence and Internal Affairs Committee of Parliament this afternoon.

Mbadi says that the rising number of the LDU has caused unbearable pressure to the army budget.

“The LDU component has created pressure on the approved Ministry of Defence’s budget,” he revealed.

The UPDF in the financial year (2018/19) undertook a recruitment and training of 10,919 LDUs across the country of which 6,500 were for Kampala metropolitan.

This financial year, a total of 13,000 additional LDUs were recruited and are still undergoing training in different UPDF training institutions, bringing the number to 23,919 out of the required 24,000.

The Most Important Beginner Yoga Pose You Could Try at Home