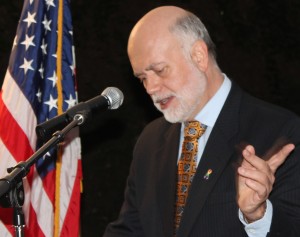 The US has imposed fresh sanctions on Uganda for anti-gay law it says “counters universal human rights”.

The White House is also cutting funds to a number of programmes it is running with the Ugandan authorities, and cancelling a military exercise.

The US will also discontinue or redirect funds for certain programmes involving the Ugandan Police Force, National Public Health Institute and Ministry of Health, and has cancelled plans to conduct a US military-sponsored aviation exercise in the African nation.

The law signed in February prescribes life imprisonment for acts of “aggravated homosexuality” and criminalises the “promotion of homosexuality”.