US reviews relations with Uganda 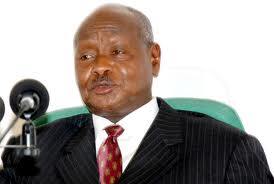 The US government is still reviewing its relations with Uganda.

The US Mission in Uganda says its operations will continue to run, amid pressure from some human rights activists to have the Ambassador recalled.

The Africa director for Human Right Watch, Daniel Bekele, was quoted on Al Jazeera yesterday asking the US to recall its ambassador to Uganda and review diplomatic relations over passing of the Act.

Speaking to KFM, the Embassy’s Public Affairs officer, Erin Truhler says the US government has several projects in Uganda, adding that any decision on the review will come from Washington.

The anti-homosexuality act has drawn strong criticism from the Western world, following revelations by President Museveni that he will assent to it.

University admissions for every semester

No explosives in Kadaga's letter bomb