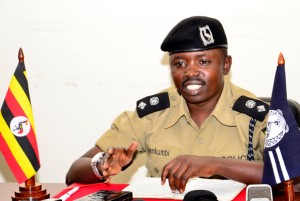 The lack of witnesses is complicating investigations on suspected cases of homosexuality.

The police have cited the unwillingness by the victims to testify as one of the major stumbling blocks in the ongoing investigations.

This comes just days after the police in Kampala reported that 4 boys had allegedly been sexually abused, with medical reports confirming that 3 of them contracted HIV.

The Kampala Metropolitan Police Spokesperson Ibin Ssenkumbi tells KFM that because of the sensitivity of these cases and the stigma involved, many victims often shy away affecting investigations.

This comes as debate on whether or not government should legislate on the now contentious issue.

Parliament passed the Anti-Homosexuality Bill 2009 late last year and it is yet o be assented to by the president who has since asked for more time to study the same to be able to make an informed decision.

The bill that has largely been criticized by human rights activists and a section of the public and members of parliament prescribes a life sentence for those who engage in acts of homosexuality.