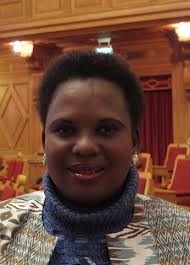 The Marriage and Divorce Bill Coalition has added voice to those supporting the deletion of the clause on cohabitation.

Addressing a news conference in Kampala this morning, the coalition chairperson Sheila Kawamara has said that it is hard to advocate for the rights of people in cohabitation yet it is not a recognized form of marriage under the laws of the land.

Kawamara says the bill should protect all those in recognized marriages.

She has now asked those in unrecognized marriages to ensure that they are registered if they are to benefit from the bill if finally passed into law.

Like the religious leaders, the coalition is asking MPs to scrap the clauses that promote divorce and cohabitation.

The controversial clause on cohabitation gives couples equal rights to property in cases where the relationship is dissolved after 10 or more years.

The Bill, that has attracted immense public reaction, has been on the shelves of Parliament for over 40 years until last week when it was re-introduced.

It was split into two, after the first such Bill was opposed by religious leaders.

By Philip WafulaPresident Museveni on Tuesday released his Cabinet list, appointing five new ministers from Busoga Sub-region, including former Speaker of Parliament Rebecca Kadaga, who was...

By Damali Mukhaye Over 600 private schools across the country are on the verge of being sold due to accumulated loans following the second partial lockdown...

By David Vosh Ajuna The Ministry of Finance has slapped a harmonized excise duty rate of 12% on airtime, value-added services and internet data as substitute for Uganda’s...

People undermine me because I am a woman, let them give me two years – Hon Nabbanja

The Kakumiro Woman MP and Prime Minister-designate of Uganda, Hon. Robinah Nabbanja, has asked Ugandans to trust her because leadership comes from God. Nabbanja says Ugandans...

By Damali Mukhaye The opposition Forum for Democratic change president, Patrick Amuriat has cautioned the party members to desist from attacking their former Deputy president, Joyce...

NUP to consider torture allegations after release of all supporters