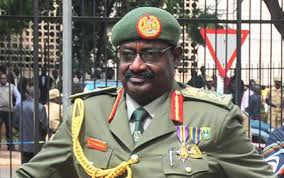 Gen. Sejjusa’s woes are far from over.

The UPDF says it is now considering seeking the intervention of the British government to extradite Gen. David Sejjusa if he does seek political asylum.

According to the army spokesperson Lt. Col.Paddy Ankunda, should parliament fail to grant the former spy chief’s request for a leave extension, he will be pursued by all means.

Addressing a news conference at the army headquarters in Mbuya, Ankunda says Sejjusa poses a security threat to the government because of the kind of inflammatory statements he makes in the international media.

He has been out of the country since April and the first three-month leave granted after his departure from the country expires on August 24th.

No CCH Fever at Mulago