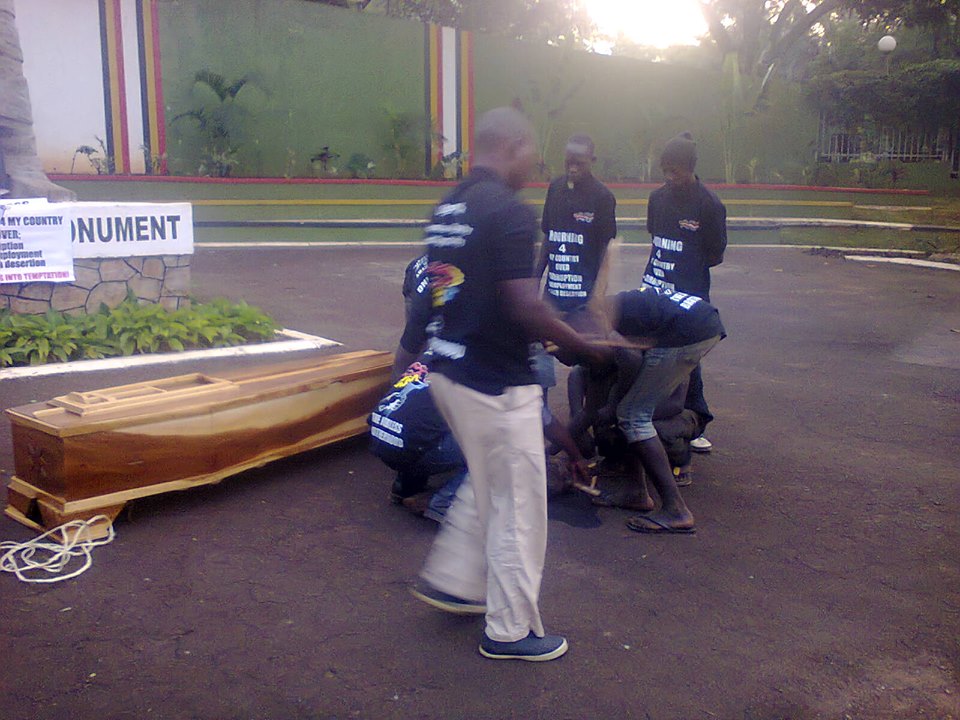 This is after their sureties failed to turn up as court heared their bail application.

Prosecution alleges that on 4th August, with an intention of causing disturbance in Kampala, the group assembled unlawfully with a coffin.

They will now re-appear before City Hall Court grade one magistrate Elias Kakooza on the 12th of August 2014.