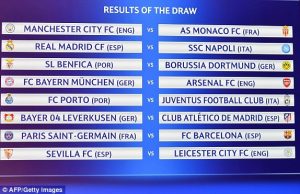 By Prossy Kisakye The Democratic Party (DP) wants the president of the Federation of Uganda Football Associations (FUFA), Moses Magogo, to resign for allegedly disrespecting Uganda...

Uganda Cranes captain Denis Onyango has retired from international football after over 16 years of service. The 35-year-old confirmed the news in a statement, through his...

By Elvis Senono and Fred Mwambu  Proline pride themselves in a vibrant youth structure that often churns out players to the club’s senior side. But since inception...

Drama at parliament over Chinese traders

UPDF soldier and 2 others pinned in 100million Airtime robbery

New NDA Boss To Crack Down On Sale Of Expired Drugs