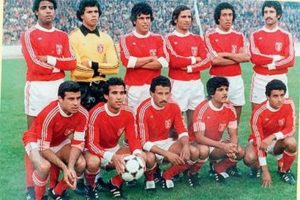 Tunisia qualified for the 1978 World Cup in Argentina thanks to the management of Abdelmajid Chetali. The manager was born and raised in Tunisia making the country’s qualification even sweeter. The World Cup in Argentina was Tunisia’s first-ever appearance and the side didn’t take long to make a lasting impression. Down 1-0 to Mexico, Tunisia battled back for a 3-1 win. It marked the first-ever victory for an African nation at the World Cup. 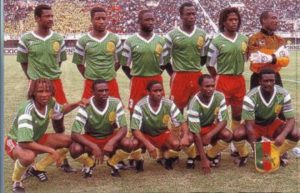 Cameroon will always be remembered as the first African nation to reach the World Cup quarterfinals. The team was led by the ageless Roger Milla who was still competing at the highest level when many of his contemporaries had retired. Milla was 42-years old during the tournament. Cameroon shocked the football world by opening up the event with a win over reigning champions Argentina. Despite losing to the Soviet Union 4-0, Cameroon topped the group after three matches. The Indomitable Lions defeated Colombia in the round of 16 before pushing England all the way in the quarterfinals. The match against England finished 3-2 after extra-time. 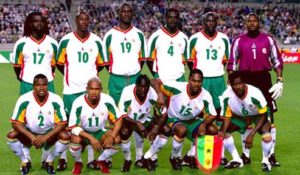 The 2002 World Cup saw Senegal pull off one of the greatest upsets of all-time. Playing in their first World Cup, Senegal defeated reigning champions France to open the tournament. It sent the Teranga Lions on an unbelievable journey to the quarterfinals. Senegal ran into an inspired Turkey in the last eight and lost in extra-time, 1-0. The team’s exploits will be remembered as one of the continent’s best. 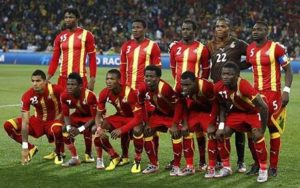 Ghana were on the verge of making the semifinals at the World Cup 2010. If it hadn’t been for Uruguay’s Luis Suarez blatantly stopping a sure goal with his hand in the last seconds of extra-time, Ghana would have won. Instead the two teams went to penalties where Uruguay held their nerve and won the quarterfinal showdown. Ghana had played well winning twice, drawing once and losing two times in five matches. 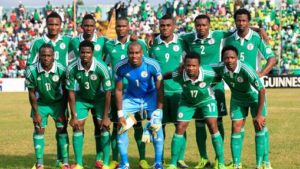 Nigeria manager Stephen Keshi became the first African-born coach to lead his team to the knockout round in 2014. Nigeria picked up four points in a group that contained Argentina, Bosnia and Herzegovina and Iran. The Super Eagles were eliminated in the last 16 by France, which was one of the favorite teams according to Bet365, and led by their manager by Stephen Okechukwu Keshi had already made history. The moment was remembered by Nigerian football fans in 2016 as Keshi passed away due to a heart attack. Keshi is remembered as a national hero.
A couple of the African teams are still in the running with Senegal leading the pack. You still can try your luck using the jackpot joy promo code if you want to bet on Senegal or any other team!

This story is sponsored by North Star Network.

Tiger Woods suffered serious injuries to both legs as his car flew off the road Tuesday near Los Angeles in a crash he was "very fortunate"...

The 2021 Nile Special 5’s social football league has been postponed to 2022. The brand, which has been responsible for putting together the tournament in all...

By AFP Liverpool rediscovered lost form and seized the initiative against RB Leipzig in the first leg of their Champions League last-16 clash by cruising to...

She Cranes team summoned for training

Ugandans To Be Sensitized On Passport Acquisition