Captain Fantastic Steven Gerrard a Liverpool great has retired from football after a 19-year career
Gerrard, 36, played 710 times for the Reds, winning eight major trophies, but joined MLS side LA Galaxy in 2015.
Steven Gerrard belongs in football’s elite for his feats, a towering, iconic figure who many regard as Liverpool’s greatest player after a 17-year Anfield career.
Gerrard may have never won the Premier League, with his Liverpool side finishing second in the table on three occasions, but the midfielder boasts some of the competition’s most impressive statistics.
Only two players have made more appearances for a single club in the competition – Ryan Giggs, 632, and Jamie Carragher, 508 – with the Anfield stalwart making the PFA Premier League team of the year in eight of his 17 seasons at the club. 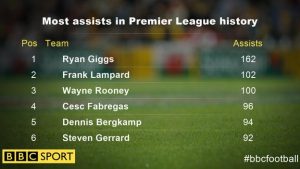 Security beefed up in Kabalore.