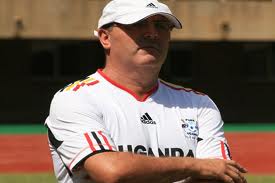 The Uganda Cranes have today started training at Mandela National Stadium ahead of next month’s World Cup and AFCON qualifiers.

16 of those summoned including Mike Serumaga, Geoffrey Masa, Simeon Masaba and Hamza Muwonge the only goal keeper have already arrived.

The Cranes play Angola on June 3rd, and Senegal on June 9th in the World Cup qualifiers, while the game against Congo Brazaville in the AFCON qualifiers is slated for June 16th.

DPP Speaks out on Caesar Acellam