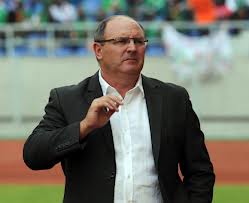 Uganda has risen four places from 90th to 86th in the November Coca Cola Fifa rankings released this afternoon.

The rise is attributed to the Cranes 1-0 win over African Champions Zambia in the return leg of the 2013 AFCON qualifiers despite bowing out 8-9 on spot kicks.

Uganda remains the highest ranked nation in the CECAFA region followed by Ethiopia and Sudan, which are tied at 102nd, then Rwanda in 122nd, Burundi 128th, Kenya which dropped two places to 130th and Tanzania in 134th.

African Champions Zambia which eliminated Uganda from AFCON 2013 qualifiers are ranked 39th in the world.

Uganda’s opponents in the 2014 World Cup qualifiers Angola, Liberia and Senegal are ranked 79th, 75th and 114th, in the world respectively.

Ivory Coast remains the most ranked African country in 15th position followed by Algeria in 19th and Mali 28th in the world.

World and European champions Spain are still the best ranked nation in the team with 1564 points and is joined by Germany, Argentina, Portugal and Italy in the top five.