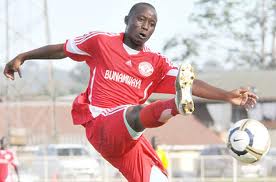 Cranes Coach Bobby Williamson is travelling to Monrovia with a confident team.

Cranes midfielder Mike Mutyaba believes he is ready for another challenge.

Uganda faces the Lone Stars of Liberia in a 2014 World Cup qualifier on Sunday.

The TP Mazembe player earned a recall to the national side having been left out of the just ended 2013 Afcon qualifiers due to injury.

Mutyaba’s last game in Ugandan colours, then as a second half substitute, was the disappointing goalless draw with Kenya at Namboole in 2011.

Uganda must avoid defeat if they are to retain hopes of ever qualifying for the World Cup.

The Cranes trail Senegal in second place with two points, with the Lions of Teranga topping Group J with four.

Angola also have two points while Liberia are on one.

By Lukeman Mutesasira Uganda Premier League side Onduparaka has confirmed their new technical team ahead of the new season that starts tomorrow.  Dudu Bosco has been...