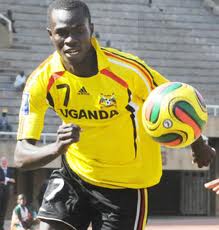 Uganda Cranes striker Emma Okwi is confident the team can play beyond expectation against Liberia.

Okwi alongside Dan Ssentongo and Geoffrey Massa will be the players responsible for searching for the goals.

The Etoile Du Sahel player says he will do his best to score the goals though he knows little about the Lone Star.

His recent move from Simba to Etoile Du Sahel in Tunisia is also likely to make a positive contribution to Uganda’s performance in Liberia.

The team which entered residential yesterday at Sky Hotel Ntinda, will depart for Liberia on  Friday morning.

By Andrew Mwanguhya  Uganda and Rwanda left themselves a mountain to climb after the East African rivals played out a goalless draw in Douala, Cameroon on...

Sports betting picks for this week

For sports betting fans, this promises to be yet another productive week. So many events are lined up in various disciplines over the week, from soccer,...

Isaac Masembe With more Ugandans continuing to embrace football and athletics, among other sports, boxing in the country has been suffering silently....

Moyes Hopes to Return to one Former Premier League Clubs

David Moyes is open to a sensational return to Everton – with struggling boss Marco Silva under increasing pressure. Moyes, who left Everton for Manchester United in 2013 after 11...