France on top of FIFA’s new formula and latest rankings

FIFA have released the The first set of rankings released under Fifa’s new formula that “relies on adding/subtracting points won or lost for a game to/from the previous point totals rather than averaging game points over a given time period”.The latest world rankings has lots of movement.

France on top of the world. Didier Deschamps’ team who claimed their country’s second world title in Moscow last month and move up six places to the top of the pile. 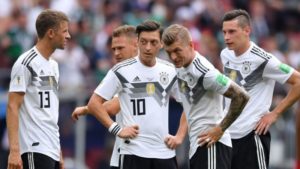 Germany have been hit hard by this – the deposed world champions toppling from first to 15th after their group-stage exit at Russia 2018, while Lionel Messi and Argentina also drop out of the top 10 with a fall of six places to 11th.

Croatia’s surprise run to the final made them the biggest movers – up 16 to fourth, while beaten semi-finalists England climb from 12th to sixth. Uruguay are into the top 10, but eight of those sides are European.

In Africa Tunisia remained the top African team despite dropping three spots in 24th position, but now share their position with Senegal, who climbed three places.

Congo DR are the third-highest ranked African side and sit in 37th position overall. Ghana, Morocco and Cameroon follow in 45th, 46th and 47th respectively, while Nigeria dropped to 49th spot. 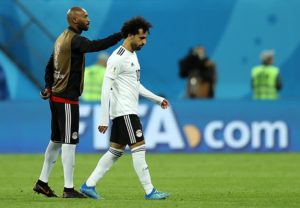 African giants Egypt, who took part in their first FIFA World Cup since 1990 but widely disappointed, dropped a massive 20 positions – the most among all nations world-wide – and now only appear in 65th spot.

Neighbors Kenya also stay put at 112nd in the world and 27th in Africa.

By AFP Arsenal made a huge statement of their Premier League intent on Sunday, coming from behind to beat in-form Manchester United 3-2 in front of...

Although a country with a trophy cabinet that fails to display any recent success in the AFCON, Uganda's love and devotion to the beautiful game can...