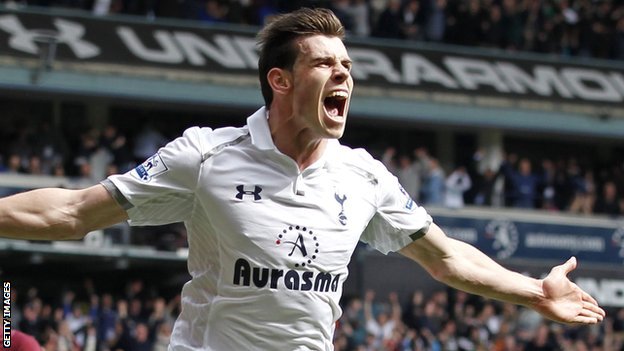 Real coach Carlo Ancelotti has revealed that the Spanish giants are in talks to sign the 24-year-old Wales star.

“I think it’ll be difficult for him not to go now. I think he wants to go if we’re truthful,” Redknapp told BBC Wales’ The Backpage programme.

“He doesn’t want to say it, but I hear from different sources that he really wants to go now.”

There are reports that Real are preparing a bid in excess of the world record £80m fee they paid for Cristiano Ronaldo from Manchester United in 2009, although no formal approach has yet been made.

But leaving aside the huge sum that Real are expected to offer to test Tottenham’s resolve, Redknapp believes that the lure of playing for arguably the most famous club in the world is hard for a player to turn down.