He was close to joining Everton before the Gunners met his 20m euro (£17.1m) release clause. 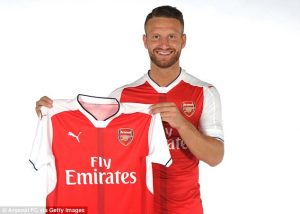 “He’s not only a goalscorer, he’s a guy who combines well with partners, who can give a final ball and makes good runs,” said Wenger of Perez.

“He’s got a good eye for goal and had an outstanding season last year.”

Speaking about Mustafi, Wenger added: “He is at the right age. He has good experience. He is a very focused player who can play with the ball as well. We have taken a great player but have prepared well for the future.”

Singer Chris Brown arrested for 'pointing a gun at a woman'