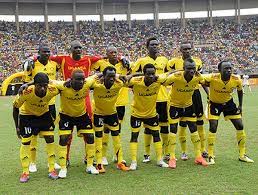 Uganda’s Fifa rankings have continued to drop with the Cranes dropping seven places this month to 92nd position in the world.

Africa champions Nigeria also dropped one place to 31st position in the world, while Ivory Coast maintained the top spot on the African continent and sit just two places outside the world’s top 10.

World and European champions Spain lead an unchanged top three, with Germany and Argentina in second and third respectively.

Brazil are now just the 19th best team in the world.