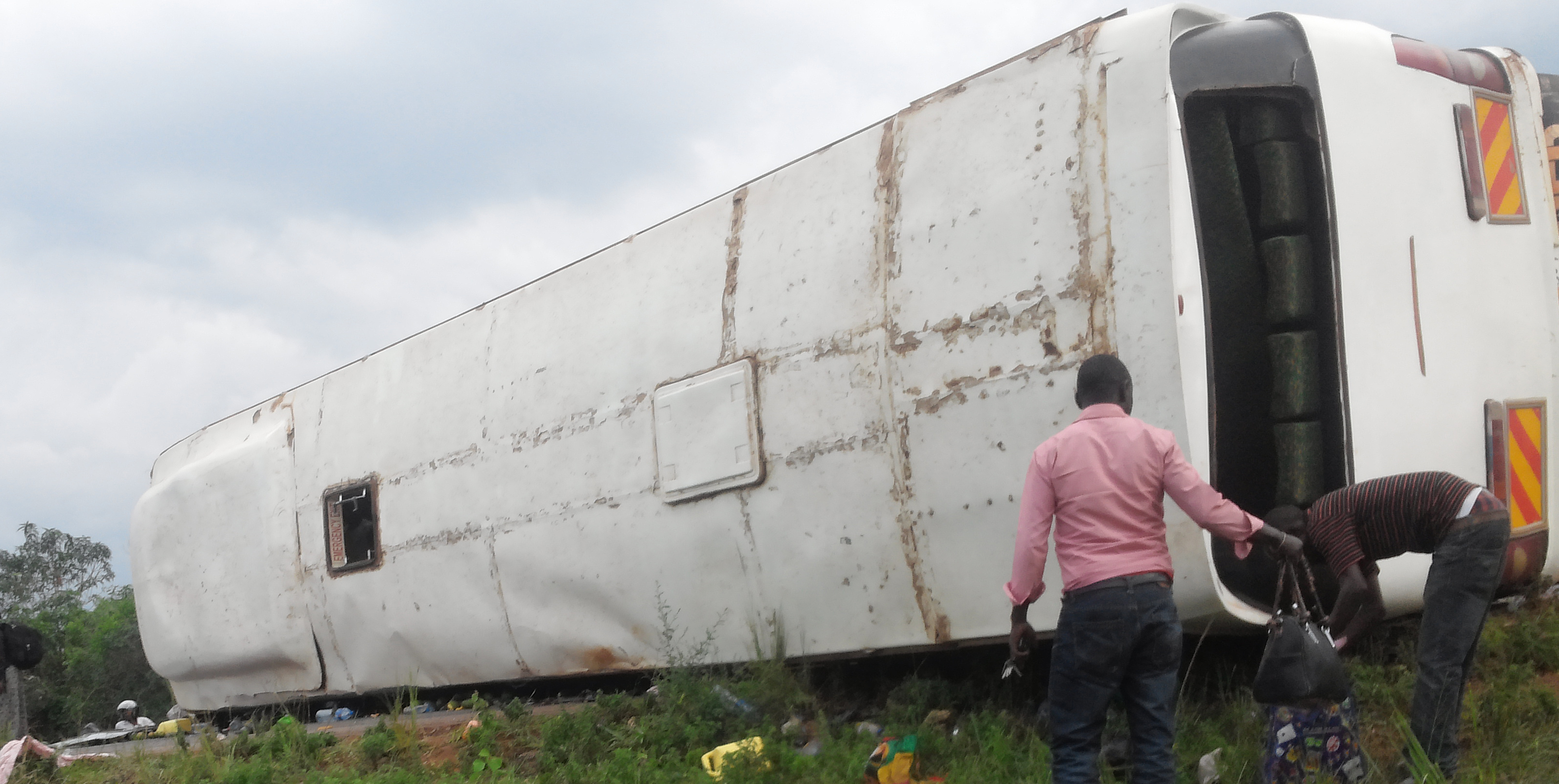 At least seven people are confirmed dead following an accident that has occurred in Nakasongola district along the Kampala-Gulu high way.

The police spokesperson for Savannah Region Lameck Kigozi says twenty others have been injured and taken to Nakasongola military hospital.

The accident involved a Kampala-bound Gaaga bus registration number UAU 975H and a K.K bus number UAM 104H that was heading to Paidha.

Kigozi has blamed the head-on collision on reckless driving by the Gaaga bus driver who also died on the spot.

He adds that several passengers are still trapped under the bus wreckage.

Meanwhile one of the injured has been identified as local musician Khalifah Aganaga who was travelling from Koboko aboard the Gaga bus.

He has since been transferred to Nsambya hospital with minor injuries.