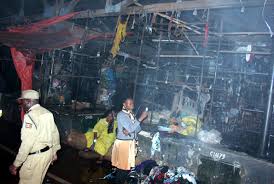 Government will soon to offer support to vendors in Gulu central market whose merchandise was recently razed by a fire.

Responding to the appeal, the local government minister Adolf Mwesige said preliminary findings indicated that property worth Sh.100m was lost in the fire that gutted the temporary market at Kaunda grounds with 67 vendors affected.

He now says the Office of the Prime Minister has been informed and will soon take action.

He further says construction of Gulu market is to be completed by July this year with the project expected to cost Sh.68bn.

EU set for talks with Ugandan officials over aid cuts