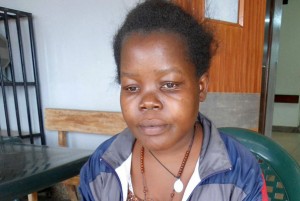 It is by God’s grace that 26-year-old Catherine Nakato is still alive. She is in pain because she cannot afford either the treatment or replacement of her failed kidneys. And if she does not get any of them in time, she could lose her life.
Nakato’s problem started when she was diagnosed with diabetes aged seven.

“The doctors at Nagalama Hospital first detected diabetes when I was young but the good thing is that they treated it and I got better. Unfortunately I suffered from the same disease again when I was 19 years. This was after the several tests doctors took. I was advised to get drugs that were prescribed by the doctors to treat the detected diabetes,” she narrates.

Nakato has been using insulin treatment for the last six years but she has not registered any improvement. Around October last year, she started losing weight but whenever she went to Nagalama Hospital, doctors told her that they could not find any other disease apart from diabetes.

Put on wrong medication
They instead prescribed anti-malarial drugs thinking that it was malaria yet to manifest. Apart from losing weight she also started feeling dizzy all the time. Her situation forced her to give up on performing her regular duties. She was a cleaner at a local church from where she earned a living.

Because her father was not contented with what doctors told her at first, he went back to same hospital for clarity. Medics at Nagalama told her father that they had failed to find the cause of the dizziness and weight loss, and adviser him to take her to Mulago Referral Hospital.

“I was immediately admitted to ward 4C the moment I reached Mulago. After a test, I was told that I had serious diabetes and I could die any time. The following day, doctors took another blood test that indicated that both my kidneys were affected and needed urgent treatment,” she says. “This comes at a time when I had started having difficulties in passing urine and the whole of my body had started swelling.”

Doctors told her that she needed to undergo an end- renal operation to release the urine that had started getting stuck into her body or start a Shs600,000 a week dialysis treatment if she is to survive.

But Nakato can neither afford the weekly bill because she misses the treatment, nor she is able to raise the Shs90m needed for the transplant in India. Her twin sister Margaret Babirye who accompanies her to hospital whenever they raise money for the treatment says she has put on hold her other duties to take care the sick sister.

Nakato is currently staying with Ms Florence Sonko at Kiwatule, a city suburb and is being assisted by her elder brother, Mr Patrick Lubowa. Ms Sonko, a business woman, says she picked Nakato from her father’s house after realising that the father could no longer take care of her situation.

An operation in India is her hope
Ms Sonko adds that sometimes she tries to go to Mulago thinking that may be doctors will do Nakato a favour, but she has been swimming against the tide. Sonko says, “Doctors have told me that Nakato needs an urgent kidney transplant in India and it will cost us about Shs90m or Shs30 million if the specialists come to Mulago. Luckily enough, her twin sister is willing to donate one of her kidneys. Nakato’s family and friends cannot raise even half of that money. She needs help.

By Prossy kisakye The ministry of health is investigating the case of a 14-year old boy who allegedly suffered multiple organ failure after receiving the...

There is treatment for Monkey Pox, MOH assures Ugandans

By Ritah Kemigisa The commissioner in charge of public health at the ministry of Health, Dr Daniel Kyabayinze called for calm among Ugandans saying there treatment...

By Ivan Ssenabulya Experts have cited the possible leading causes of infertility in women. Dr Denis Kimpi, a radiologist at Prime Medicare Clinic says that severe...