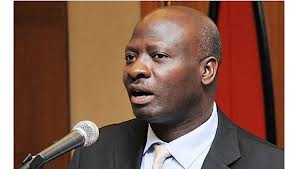 This means that the whole district does not have any more cases of Marburg. The end of the Marburg outbreak follows the completion of 42 days of the post Marburg Surveillance countdown period.

Announcing the declaration at Rushoroza health center, the health minister Dr. Christine Ondoa said though the district does not have any Marburg cases, members of the public should remain very vigilant.

Speaking to KFM, the ministry’s Permanent Secretary Dr. Asuman Lukwago says the World Health Organization is still monitoring the situation and has not yet declared the country Marburg free.

Lukwago calls for more vigilance and urges the public to report any suspected cases.

The Ministry of Health officially declared the outbreak on Oct. 19 last year.

As of 28 October 2012, a total of 18 cases and 9 deaths, including that of a health worker, had been reported from five districts including Kabale district, Mbarara and Kabarole.

3 perish in accident in Mpigi

Trial over bicycle scandal kicks off