A mother and her daughter who were impregnated by the same man give birth to baby boys only four days apart.

A South African woman, Mildred Mashego, and her daughter Patricia, have entered the record books as the first mother and daughter to give birth to their babies in the same month and for the same man.

Times Live reports that 38-year-old Mashego of Casteel, South Africa, was pregnant when she learned that her 19-year-old daughter was also pregnant, and the two were due just days apart. 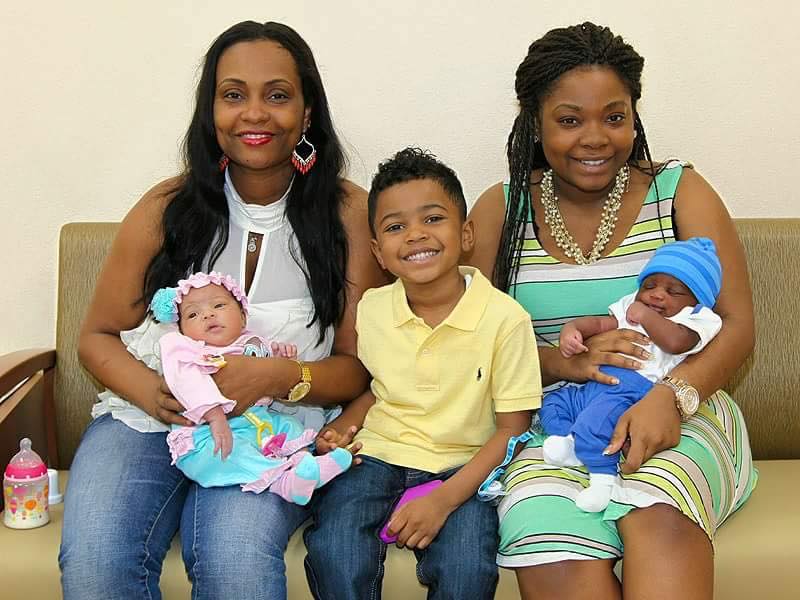 But her anger turned to shock when she found out that the man responsible for her daughter’s condition was the same man who was going to be the father of her child, Vincent Malumane.

Patricia was the first to put to bed a bouncing baby boy, with her mother following suit four days after, wait for it, another boy, making them brothers, a nephew, an uncle and grandson.

The sharp shooter Vincent Malumane, admitted that he secretly had sex with the mother and daughter.

“I cannot go back now and explain what happened. All we have to do is focus on making sure that the children are properly cared for.”

Mother Mildred admits that during her pregnancy, she was bitter that her daughter had slept with her boyfriend and had even considered having an abortion over the fact that her daughter was carrying a child from the same man.

However, after their babies were born, Mildred decided to forgive her daughter for the sake of her grandson. They are raising their children together.

The mother and daughter are concerned about what they will tell their children when they grow up.