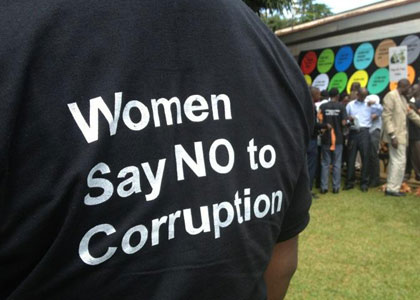 Civil society activists have today held a protest against increased cases of corruption in the country.

The activists convened at the UMA show grounds this morning, from where they raised their voices, calling for action against fraud.

Dressed in black t-shirts, they called for the resignation of implicated officials and want the stolen public funds returned.

The police was not deployed at the area but entrance to the grounds was restricted to staff members.

The activists say the same exercise will be held every Monday as part of the effort to fight corruption.

The activists were dressed in black t-shirts labeled “Yes to democracy, no to corruption”.

The protests come amidst reports of increased corruption with the Prime Minister’s office and the Public Service ministry, most implicated.