DPP Speaks out on Caesar Acellam 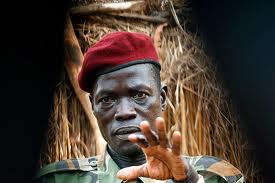 The Director of Public Prosecutions Richard Butera says former LRA Commander Major General Caesar Acellam may not qualify for amnesty, if he is found to have been a senior officer.

Acellam was captured in combat on the 13th of May along the banks of river Mbou in the Central African Republic.

Several activists have urged government to grant him amnesty but the DPP says senior rebel commanders do not qualify for amnesty.

Butera says if evidence collected indicates that Acellam was involved in gross human rights violation, he will not be pardoned due to his seniority in command and control.

Buteera says investigations are still on going, adding that the decision on whether or not to prosecute him will depend on the available evidence.