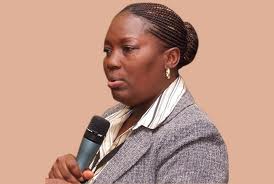 The Speaker of Parliament Rebbecca Kadaga has expressed concern over the conditions set for youths to access the funds offered by government.
Government allocated 25 billion shillings to the youths this year, with the money channeled through different banks for creation of employment opportunities.
Speaking during a National Consultative Meeting on the Youth Venture Capital Fund today, Kadaga said some of the conditions set by banks are not favorable.
She pointed to cases of youths being forced to open accounts with banks, while others have to provide some form of security before the money is released.
She says making difficult for youths to access government funding will only entrench poverty in the country.
Kadaga has challenged the youth MPs to raise the matter on the floor of Parliament and ensure its resolution as soon as possible.
The Executive Director Uganda Youth Network Emma Kitamilike says the objectives of the fund need to be reviewed to benefit more youths in the country.
Kitamilike says youth groups up country should be allowed access to the fund if it’s to have a wider scope of coverage.

By Juliet Nalwooga Police say they have recovered an assortment of bomb-making material from a suspect's residence in Nabweru. Police spokesperson Fred Enanga says the recovered...

By Damali Mukhaye The opposition Forum for Democratic Change party has challenged the government to come up with a robust plan to prevent the new covid-19...

By Ritah Kemigisa Buganda Kingdom has spoken out about the Grasshopper, “Nsenene” Vendor who has gone viral for selling the delicacy abound a Dubai bound Uganda...